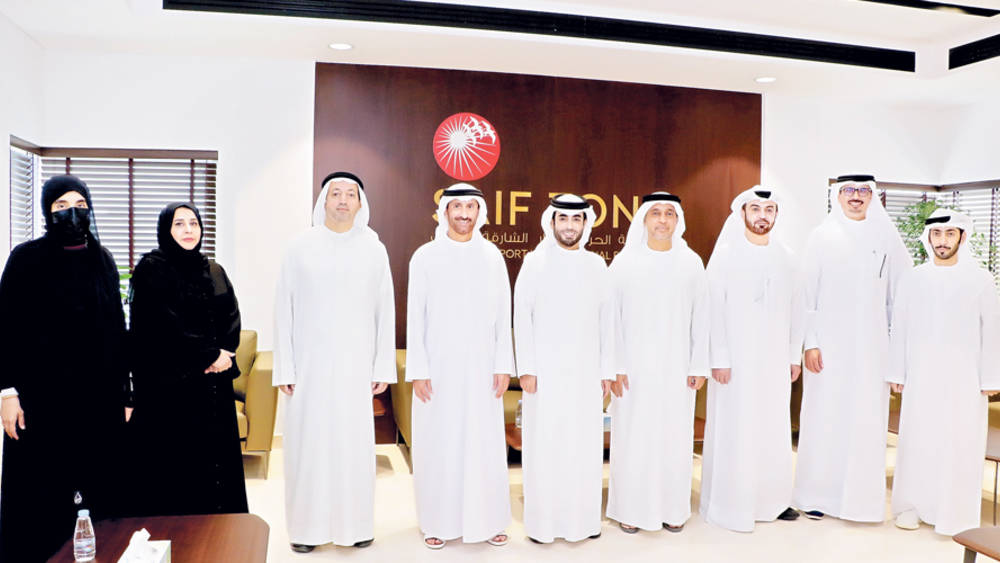 Sheikh Khaled bin Abdullah Al Qasimi, Chairman of the Sharjah Ports, Customs and Free Zones Authority, stressed that customs cooperation between the local and federal levels is one of the most important strategic directions of Sharjah Customs, which in turn, led to adoption of many aspects of support and capacity-building of the customs sector in the face of constant challenges and risks as a result of the continuous growth in the global trade movement, in addition to the different influence factors such as the turmoil experienced by many countries.

Sheik Khaled held a meeting with the delegation, which was headed by Ahmed Abdullah bin Lahej Al Falasi, the Federal Director-General of Customs at the Authority. They discussed ways to enhance the security of terminal customs and support customs control & inspection processes by developing operations and linking customs systems.

The two sides discussed issues of mutual interest including mechanism of linking the customs systems which is implemented by the General Administration of Customs in the Federal Authority with Sharjah Customs systems, led the national system for tracking trucks and shipments electronically, and the project of linking customs systems to the federal system. They also discussed aspects of reinforcing customs controls and customs inspections at the ports of Sharjah Emirate, through  the specialized teams, and the customs inspection unit “K9” of the authority.

Sheikh Khaled bin Abdullah Al Qasimi praised the level of cooperation between the Federal Authority for Identity and Citizenship, Customs, Port Security and Sharjah Customs. He pointed out that the federal authority has enhanced the country’s competitiveness and consolidated its position as a global trade hub in light of building an advanced customs technological system that includes automated and interconnected processes with the various applicable customs systems in all UAE emirates, especially by providing them with mechanisms for exchanging information and experiences regarding future developments and challenges.

For his part, Al Falasi said that the Federal Authority for Identity, Citizenship, Customs and Ports Security aims to continuously develop the customs systems applied at the state level and provide all forms of technical and technological support to local customs departments within the field of enhancing control, developing operations and exchanging data and information, as well as enabling them to carry out their security and customs role in the customs ports to the fullest extent.

He added that the Federal Authority, represented by the General Administration of Customs, and based on the directives of the federal government regarding the 50th and centennial plan of the UAE 2071, has developed a number of customs projects and systems that support the customs and economic decision-making process at the state level in light of the exchange of customs, commercial and security data and information with the customs authorities in the UAE.

He concluded that the projects of national system for tracking trucks, linking customs systems and securing customs ports with customs inspection units “K9”, meet the aspirations of the UAE government and embody its security and economic orientations, and contribute to protecting society, maintaining its stability and improving the quality of life of the community.