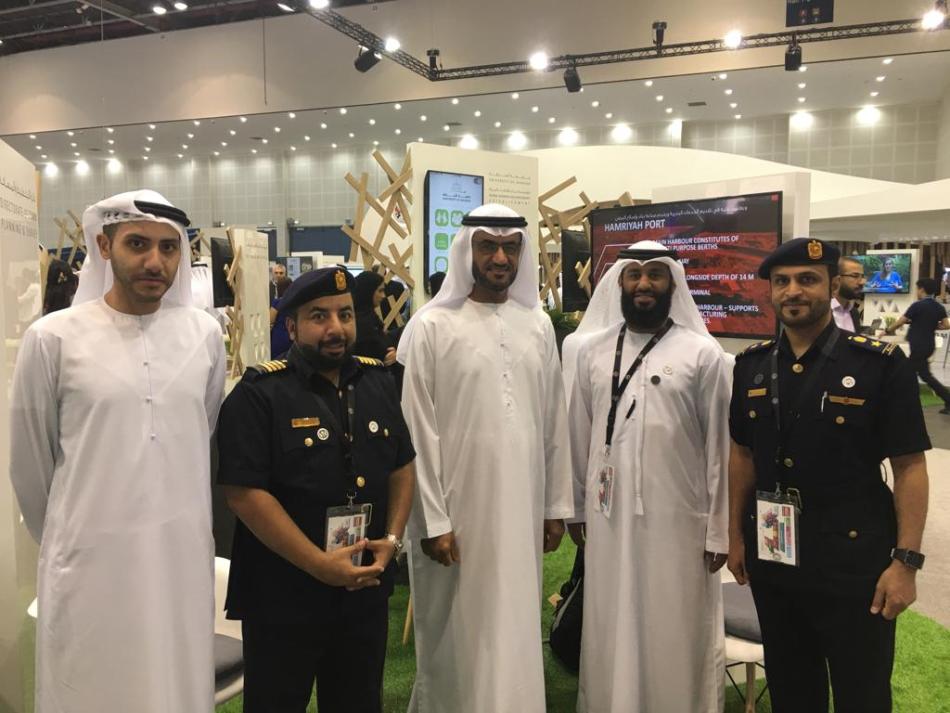 For the fifth year in a raw, the Department of Seaports and Customs (DSPC) has participated in the 38th session of  GITEX 2018 which was held at Dubai Trade Centre for the period 14- 18 October 2018.

The DSPC stand was within the pavilion of the Government of Sharjah which included 36 government entities set on leveraging state-of-the-art technological tools and standards to position the Emirate of Sharjah as a leader in Information and Communication Technology (ICT) innovation.

DSPC introduced its electronic services and applications which demonstrated the latest services render to the public, customers and establishments. By these services the departments has showcased its advanced solutions and applications that facilitates procedures and reduces time consumption for their customers.

The participation of DSPC came in line with the directions of His Highness Dr. Sheikh Sultan bin Mohammed Al Qasimi, Member of Supreme Council and Ruler of Sharjah to employ all resources to provide reliable and accessible governmental e-services. The participation was also supported by Sheikh Khaled bin Abdullah bin Sultan Al Qasimi , Chairman of the Department and Seaports and Customs and the outstanding encouragement of Mohammed Meer Abdul Rahman Al Sarrah, Director of DSPC to the staff of IT section to upgrade applications and electronic solutions.

Senior Customs Officer, Sultan Bilrasheed described  a new application which was showcased at the fair as very important. "it is small in size but great if efforts. It is a tablet with a programme that customs inspector can use in inputting cargo data and his comments and findings and the info directly transferred to customs operations system to further analyze the data  with almost no time thus reducing time & papere consumption for the customers and the customs officers" said Sultan.