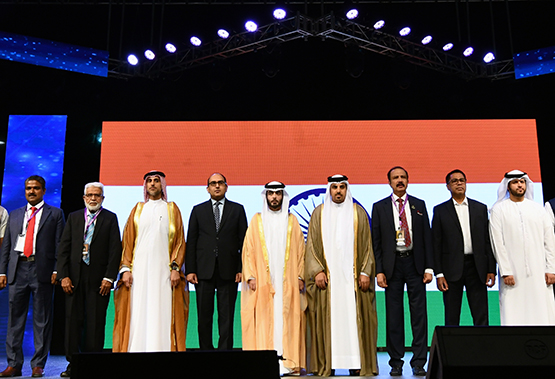 Under the patronage of His Highness  Sheikh Sultan bin Mohammed bin Sultan Al Qasimi, Crown Prince and Deputy Ruler of Sharjah, the  3rd Kerala trade and culture festival "Come on Kerala 2020"  was inaugurated on January 30 2020 at the Expo Centre Sharjah by Sheikh Khaled Bin Abdullah Bin Sultan Al Qasimi, Chairman of the Department of Seaports and Customs and Chairman of  Sharjah Free Zones.

With the participation of more than 250 brands and 4,000 businessmen, the three-day event witnessed the launch of Women Excellence Awards, Kerala cuisine festival, and cookery contests.

Following the inauguration, Sheikh Khaled toured the exhibition pavilions, where he was briefed on the exhibition which featured a lot of platforms reflecting the agricultural, industrial and tourism investment opportunities provided by the government of Kerala as part of its endeavors to enhance cooperation with the Emirate of Sharjah.

"Come on Kerala 2020" also saw the participation of major public and private institutions, as well as the accompanying cultural activities, which showcased a variety of programmes to exchange ideas and cultures between visitors and exhibitors.

Sheikh Khaled said, "Organising the show for the third consecutive year reflects historical relations and mutual cooperation between the Emirate of Sharjah, India in general, and the state of Kerala in particular. It also comes as part of joint efforts to enhance the prosperous economic cooperation between the two friendly countries."